The event industry is known for having its own language, and event drapery is no different. Sometimes we throw around the terms and we forget that not everyone understands what we are talking about. To better explain what exactly some of those words that we use every day mean, we decided that it would be a good idea to provide you with a glossary of event drapery terms we use.

Tieback – A decorative strip of fabric used to hold event drapery off to the side. We use this to create depth on layered backdrops, and also to pull back drapery over doorways. Sometimes clients will have their florist add floral to our tiebacks to “tie” everything together!

Sheer – A soft, lightweight, translucent fabric, usually made of 100% cotton or cotton blended with linen or polyester. The most common type of sheer that we provide is called Voile. A majority of our sheer is IFR, meaning it is fire retardant and safe to hang in event spaces.

Swag – A piece or pieces of fabric that is fastened to hang in a drooping curve. You will hear us use this term when talking about backdrops, table draping, and ceiling treatments.

Satin – A smooth fabric, usually made of 100% polyester, with a brushed matte finish. It is a heavier fabric than sheer and is great to use for backdrops, wall masking, and room dividing.

Upright – An aluminum pole with slots at the top that is used to hold drape supports. A majority of our uprights are adjustable, allowing us to adapt to the height of a space.

Drape Support – We also refer to these as crossbars. They are expandable with a hook on each end and attach to the top of the uprights to hold the drape similar to how curtain rods work in your home.

Upright Base – A square piece of metal that acts as the foot for the uprights. They are commonly weighted to prevent drape structures from tipping over.

Backdrop – Drapery that is hung behind a focal point. Backdrops can be used in a variety of places, but they are most often used for a ceremony, behind the wedding party table, on a stage, or as the background for a photo spot.

Wall Masking – Drapery that is most commonly used to hide an area you do not wish to see in the event space. This can be used to hide windows, doorways, mirrors, construction, and other elements that may take away from the aesthetic of your event.

Dividing Drape – Drapery that is often used to adjust the size of a room, or to divide it into distinct areas such as separating cocktail hour and dinner seating.

Starburst – This ceiling drapery pattern will start in a central location and branch out like the “spokes” on a wagon wheel. We customize the number of “spokes” based on what you would like, but most commonly six to eight drapery panels are used.

Linear – This drapery is hung across the ceiling in a straight line from one side of the space to the other. We recommend this as a solution if you are looking for maximum coverage in the space. Most often we see this used in a tent or in large, open rooms.

Canopy – Drapery hung in a linear pattern starting at a low point, then attached at one or more higher point(s) midway before ending at a lower point equal to the starting point. This is most often used in a tent, but can also be used in a large, open room.

Bowtie – This ceiling drapery pattern will start in a central location and then fans out to form a bow-tie.

There you have it! Hopefully, you learned a bit more about the language that we speak when we are on the job. The next time you hear us talking about event drapery, such as wall masking, sheer, or a canopy, you can join in on the conversation.

Are you ready to talk about your next big event? Let’s chat! 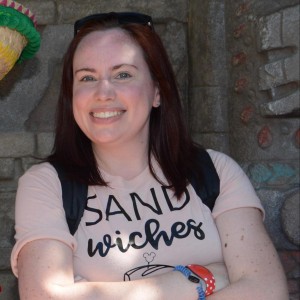 Kristin is a Production Manager with ILLUME Lighting + Event Design. She handles all the details of our behind-the-scenes operations. When I am not working, you can find me with my nose in a book, cuddling with my dog, trying new beers, or in Disney World.
All Posts »
PrevPreviousSupport Small Business